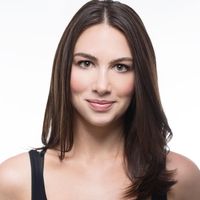 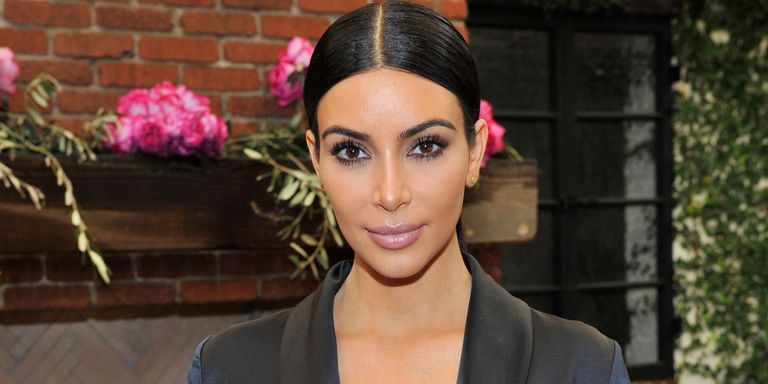 1) Makeup first, hair second. “When clients get their hair done first, there’s usually hairspray on the face, so I always start with a makeup wipe,” said Dedivanovic as he prepped Kardashian’s skin for the makeup tutorial (she had her hair in her signature slick and low ponytail). Plus, if you’re getting a big, bouncy blowout, you won’t want to pin it back for the duration of the makeup application and risk creasing.

2) Swap primer for emollient moisturizer. Dedivanovic recommends applying a softening cream (he used Kiehl’s Ultra Facial Cream) all over the face, neck and chest—”it really helps the foundation to blend”—and skipping primer. “I don’t use them. I don’t like to put barrier between the skin and the makeup,” he said.

3) Apply foundation everywhere. You probably already blend foundation on your forehead, nose, chin and cheeks, but what about your eyelids, ears, chest, arms, legs, even feet? For a red carpet, Dedivanovic works the stuff in from head to toe to make sure Kardashian’s skin tone is as even as possible, but for the rest of us, his best tip is to dab a little foundation on our ears before a big night out; “otherwise, they’ll be red in photos.”

4) Steady your hand with a powder puff. It’s something we’ve seen countless makeup artists do backstage at fashion week and now Dedivanovic: After applying your base, loop your fingers through a puff’s handle and press it against the face as you fill in brows and draw eyeliner with the same hand. Not only will it give you better balance, you won’t smudge any of the foundation.

5) Create a subtle, ombré effect with your brows. Dedivanovic spent a ton of time perfecting Kardashian’s brows and it’s clear why—the effect was transformative. He used Anastasia Brow Wiz in Medium Brown to fill in the outer corners, then switched to Light Brown as he moved in. “It’s softer and sweeter-looking when brows aren’t so heavy at the inner corners.”

7) Triple-line your eyes. If you only have one eyeliner in your bag, you’re doing things all wrong. “I usually do three or four layers of eyeliner,” said Dedivanovic as he walked us through the process. First, he works MAC Eye Kohl deep into the base of the lashes, then goes over that with MAC Liquid Liner, lifting it up lightly at the outer corners slightly and finishes with Anastasia Waterproof Crème Colorme Color. Why so much effort? “I do it because it gives beautiful definition and looks more expensive.”

8) “Bake” dark circles away. Dedivanovic has become known for his undereye “baking” technique, though he calls it “the sandbagging effect,” which makes dark circles totally disappear (which, by the way, Kardashian says she “definitely” has, adding, “I’m half-Armenian so I feel like it’s a heritage thing.”). Here’s how to do it: Apply a thick layer of concealer under the eyes in an upside-down triangle, brushing it out with a concealer brush along the sides of the nose and almost to the temples. Next, blend the edges slowly and thoroughly so it’s completely diffused into the foundation. Then, use a sponge to coat the concealer with loose face powder, let it sit for a few minutes and brush off the excess. “No oils, liner or creams will go below the line now.”

9) Build serious lashes. “I do not have lash extensions, I’ve never done
them,” said Kardashian. “I think it’s an Armenian thing—it goes back to the hairy
face. I do believe in Latisse. I don’t use it now but after I had North, my
eyelashes needed it so I used it and they grew back and then I stopped.” Instead, Dedivanovic creates the eye-opening effect by wiggling a couple coats of L’Oréal Paris Voluminous Original Mascara from the roots to tips and separating them with a lash comb. Then he painstakingly applies a mix of long and extralong flared individual lashes—the longest go at the outer corners—using tweezers and black adhesive. Once they’re dry, go over the falsies and real lashes with another coat of mascara.

10) Contour, highlight twice, blush. “This is where he gets rough,” said Kardashian, as Dedivanovic took a brush with bronzer fast and furiously under her chin and down her neck to shade and slim (he went much lighter than expected on the cheekbones; believe it or not, they had chiseled definition even when she was wearing zero makeup) before focusing on highlighter. “Kim has a little bump on her nose—I highlight below and above that,” he said, wielding a shadow brush and lighting up the Cupid’s bow, chin and just above the cheekbones with Charlotte Tilbury Filmstar Bronze & Glow. He then went over the cool, silvery highlight with gold for a final glow that erred on the warm side, dabbed peach blush directly on the apples and blended out to the temples. Previous post
Everything you need to know about eyebrow microblading!
Next post
How to Get Clear Skin at Home The one conditioner you should stop using, according to dermatologists!