Doing makeup on my nails We’ve all gotten pretty creative with our highlighter every now and then. We’ve slathered it all over our cheekbones, eyes, noses, lips, clavicles, shoulders, and even our legs when the occasion has called for it. But have you ever considered putting it on your hands? I certainly hadn’t, but now I’m itching to do it all because of Instagram nail-art genius Eun Kyung Park (maybe you know her from her South Korean nail salon, Unistella). On September 18, she posted a slideshow of a nude manicure adorned with dangling, larger-than-life gold jewelry — but that’s not the part that caught my eye. Despite all the bling, I couldn’t look away from her cuticles, which were visibly sparkling with iridescent pink glitter.

In her Instagram caption, Park gives the nail detail a name that’s almost criminally charming: “cuticle shadow.” I can only imagine how little time it’ll take for a trend to catch on and spread across the internet’s nail and makeup communities. The glimmer seen in this photo is thanks to an upcoming Fenty Beauty drop, Diamond Bomb in Holo At Me, a chunky glitter highlighter that shifts from purple to pink in different light settings — so it’s no wonder the sparkle is so blinding.

Park tells that she’s been thinking up ways to meld the worlds of makeup and nail art lately, and that’s how the idea for cuticle shadow was born. “I’m really interested in doing makeup on my nails and hands these days,” she says. “Drawing dots and applying highlighter were all inspired by makeup.” Unsurprisingly, her brainchild is also inspired by the makeup on Euphoria and the show’s protagonist, Zendaya’s Rue. Though Rue is not one of the most frequent makeup wearers on the show, her occasional glitter-smeared eye look clearly sparked something in Park, who cites the character as the primary inspiration for cuticle shadow. 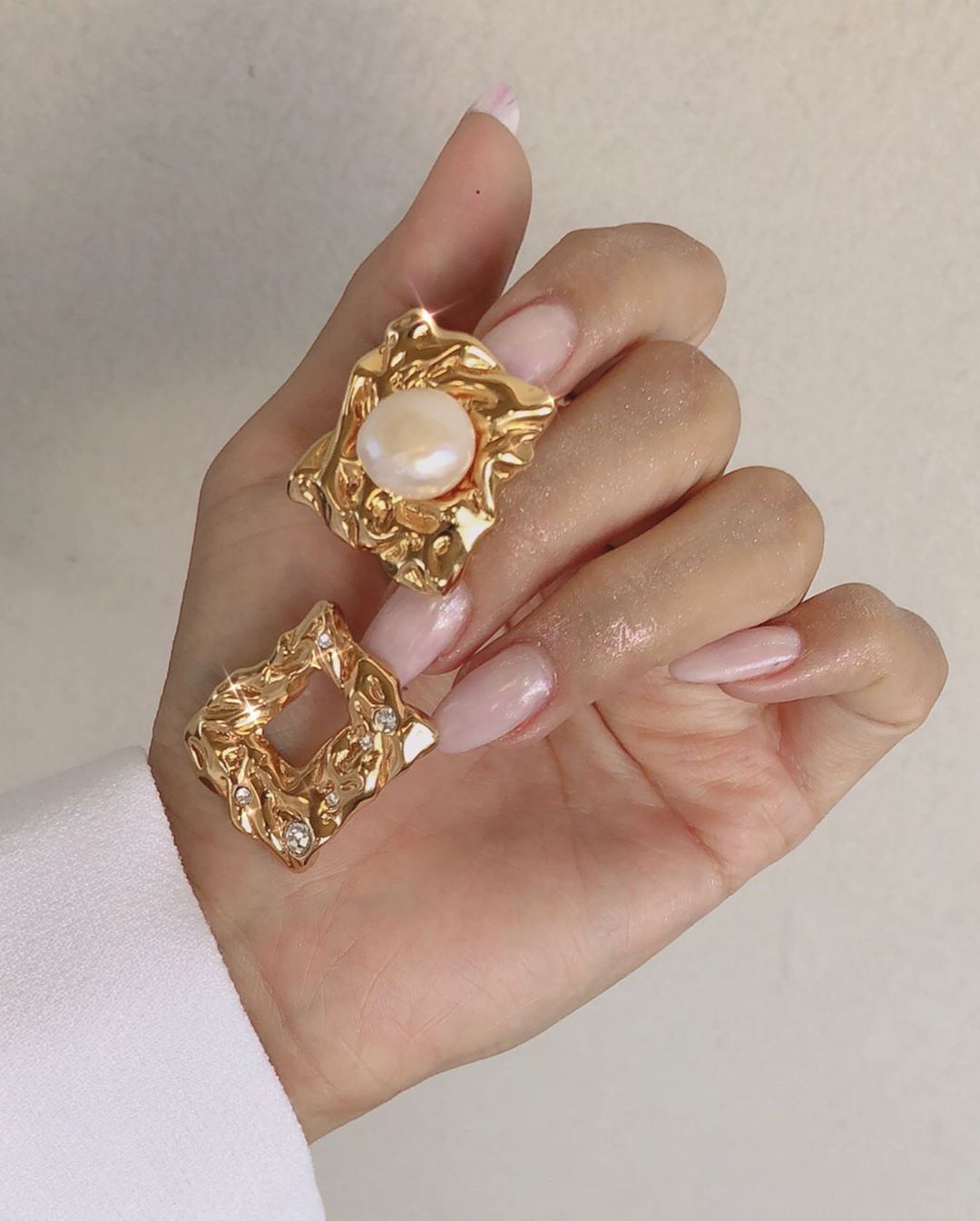 Previous post
Get the Insta-worthy hair of your dreams